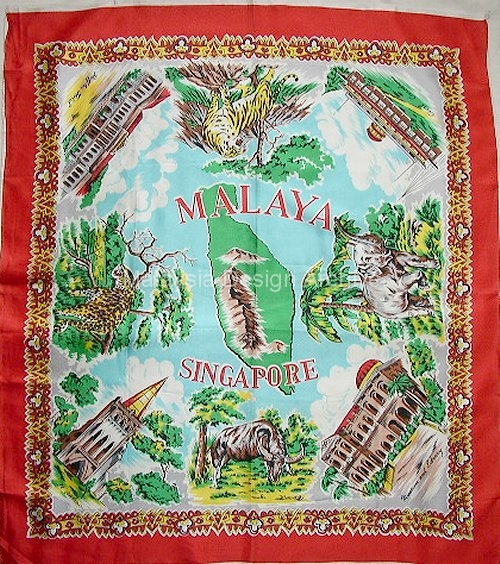 MALAYA- SINGAPORE – Super vintage rayon scarf dating from the 1950s and the old British Colonial Rule. The famous Raffles Hotel in Singapore is featured on this exotic scarf, many a gin sling was serves in the bar at this famous establishment. Scarves such as this one were often sent or brought back home as gifts for mothers, sisters, girl friends etc., by British  servicemen serving  in Malaya as it was then known during the 1950s. Aden was another port of call on the way home from the far east, it was here also that servicemen purchase similar scarves showing steamer point and other local places of interest. (Source)