Crafts of the Semai

The Semai are the largest group within the Orang Asli, the indigenous minorities of Peninsular Malaysia. The Orang Asli constitute less than 1% of the Malaysian population.

The Semai’s are uplanders, residing on both flanks of the Main range, mainly within the states of Pahang and Perak. The Semai are grouped under the Senoi sub-ethnic group and number 43,892 (Jheoa 2003).

Some Semai who live near forested areas are swiddeners, though many others now own agricultural smallholdings, run small businesses or are wage workers. Despite rapid development of their traditional lands, the Semai have managed to retain much of their adat (cultures, social mores & traditions) and intangible heritage including their distinct language, myth and stories, songs and dances, and handicrafts.

The Semai still produce many utilitarian and ceremonial crafts, especially in communities which still practice swiddening (shifting cultivation). Basketry is a common craft still practiced by both men and women, using rattan, palm or other fibres. However only women weave either wild or cultivated screwpine (pandanus spp.) into mats, baskets and pouches.

Those residing near forested areas also produce traditional hunting implements including bamboo blowpipes (blau). Various animals and fish traps are also still made and used in order to supplements their diets.

Traditional musical instruments such as pensol nose flutes are still made and plated on request. Ornamental leaf weavings are made from palm fronds, usually for ceremonies or celebrations.

This village is a forty minute drive from the town of Gopeng in Perak. Located next to a forest reserve, the village is accessible via 4WD vehicles. Renown for large populations of giant Rafflesia flowers and Raja Brooke birdwing butterflies, it also has a small nature information center.

SEMAI, a community based eco-tourism initiative was established here in 2007. Eco-tourism and craft production is generally treated as a supplementary source of income especially for those who are part of an oil palm collective. Visitors are welcome to visit the nature info-center, while jungle trekking and home-stays are possible with advance notice.

The following are some Semai crafts marketed by Gerai OA:

blau bamboo blowpipes
Full scale blowpipes are still used for hunting small animals. These are made from two temiang bamboo culms, fitted one within the other. Most are more than five feet long, though smaller ones are also available. 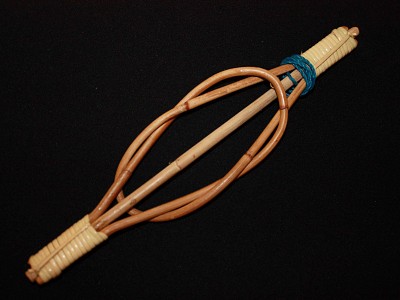 jah re-noi jungle puzzles
This is an IQ puzzle based on folklore. There are three designs made from interlooped rattan (chong), fitted with a nylon string. It’s this string which must be removed without cutting it or dismantling the rattan snare.

chos bangles and rings
Rattan strips are interwoven as reinforcement rings for blowpipes and axes. Larger and broader versions are now made into finger rings or bangles, with additional colour from different types of rattan or fern fibre (tebauq). 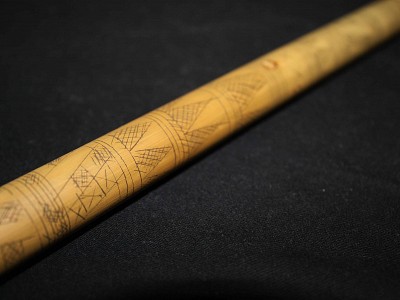 pensol / si-oi nose flutes
Made from awed pensol bamboo which has very thin-walled culms, these nose flutes are played by both men and women. Contemporary versions have decorative surface incisions, chos reinforcement rings and a sarol cover. 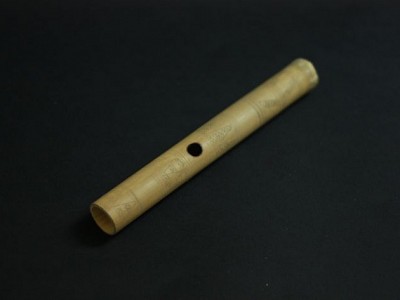 tu-wet hunting whistle
Also made from awed pensol, these short bamboo whistles have only three notes but can produce a myriad of sounds by modulating the user’s thumb and palm. It is used to imitate bird calls and to signal a good hunt.