Crafts of the Temuan

The Temuan are the fourth largest group within the Orang Asli, the indigenous minorities of Peninsular Malaysia. The Orang Asli constitute less than 1% of the Malaysian population.

Also known (especially in older literature) as the Belandas, they are inland dwellers, residing mainly in Selangor, Negeri Sembilan and Melaka. The Temuan are grouped under the Aboriginal Malay sub-ethnic group and number 22,162 (Jheoa 2003).

Once swiddeners, many now own agricultural smallholdings, run small businesses or are wage workers. Despiter rapid development of their traditional lands, the Temuan have managed to retain much of their adat resam (cultures, social mores & traditions) and intangible heritage including their language, myth and stories, songs and dances, and handicrafts.

The Temuan still produce limited utilitarian crafts, though even these are endangered due to chronic shortage of raw materials and practitioners. Basketry is a common craft still practiced to varying degrees by both men and women. However only women weave the processed leaves of the screwpine (Pandanus sp.) into mats, baskets and pouches.

Certain crafts, especially those associated with swiddening (shifting cultivation) are rare as hill paddy is no longer cultivated. These include rice bags, winnowers and finger knives which are only made on request.

Bamboo blowpipes (sumpit) and other hunting implements are still made, though mostly by Temuan communities with access to forested areas. Fish traps (bubu) and shrimping basket (tangkok) are still made and used.

This small settlements of less than 80 inhabitants is a fifteen minutes’ drive from the Kuala Lumpur International airport (KLIA). Affiliated with larger village of Bukit Tadom, this settlement is home to the Kumpulan Jo-oh Balai Simpai cultural troupe. In 2008, eight women pandanus weavers set up the Kembang Sejambak women’s group here.

Craft production is generally treated as a supplementary source of income especially for those with oil palm smallholdings. Visitors are welcome to visit the home and balai (ceremonial hall) of the head weaver, preferably with prior arrangements.

The following are some Temuan crafts marketed by Gerai OA: 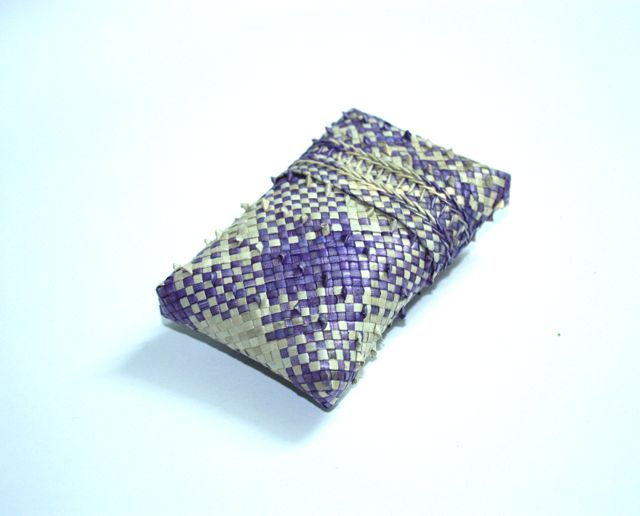 bujam pandanus pouches
These rectangular hold-all lidded pouches are also known as lopa’. Traditionally these would house tobacco or betel-quid. They can be of varying sizes but are made from processed pandanus strips. 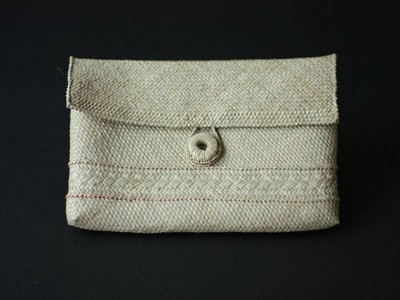 lopa’ panjang pandanus wallets
This is a contemporary re-design of the bujam, featuring modern colour schemes and pattern arrangements. Very fine pandanus strips are used to weave the wallet which secured with a woven loop and button fastener.

tanghok shrimping basket
The simple triangular baskets are made from bertam (a palm-frond fibre) and secured with rattan. Some versions have a thick rattan edging. These were used to strain small freshwater shrimps from shallow forest rivers.

bujam gila’ pandanus hex-weave container
A rare double-layer hexagonal betel box made using anyam gila’ (hex-weave). As this technique requires much skill, it can only be woven by senior weavers who can avoid the curse of the “mad weave”.