Far East Buses: Bus Journeys Through Malaya in the 1950s by F.W York 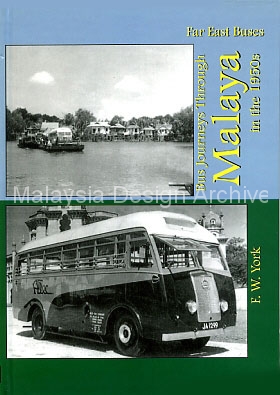 This Book is the second in the Far East Buses series, and takes the form of an album containing over 180 black and white photographs, mostly by the author, and complemented by extended and informative captions as the photographic trail takes the reader from Singapore to almost the most northerly point in what was then correctly called Malaya. Mr York illustrates the buses he rode to make these epic journeys, sometimes through territory actively threatened by the communist terriorists.