The Marginalia of Pudu Jail

The historic Pudu prison was built and designed in 1891 and completed in 1895 by state engineer and director of Public Works Department, Charles Edwin Spooner. At the cost of RM 138 000 ($320 000), the prison was built in six phases using steel, brick and cement, all imported from British colonies (1). During World War II, the Japanese occupation forces incarcerated many English, Australian and New Zealand prisoners in this prison. In 1981, it saw the execution of legendary robber “Botak Chin”, in 1986, the execution of Kevin Barlow and Brian Chambers, Australian nationals, for the drug trafficking of heroin. (2) 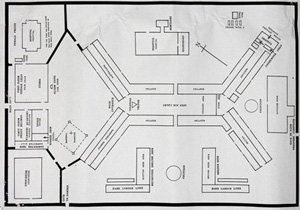 Pudu stands as an icon and an important symbol of our design history. An icon which represents incarceration build within the design, it’s building shaped like a person, with arms and legs wide open (aerial view). The front gate depicts Moorish architecture with its two domed towers. In the 1970s, watchtowers were built to a vernacular style with jagged edges and pointed Minangkabau roofs, on the east and west prison walls. A relic of the Victorian period, Pudu Jail’s architecture is strongly influenced by British colonial prison structure and design which emphasizes security and manual operation. (3) 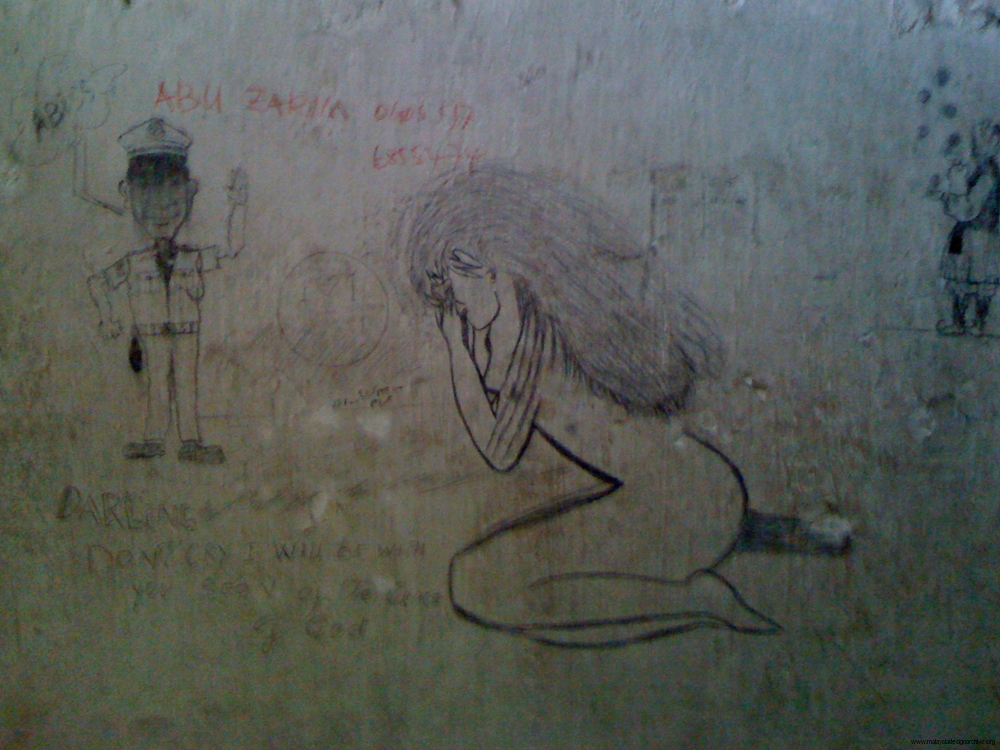 ◄ Back
Next ►
Picture 1 of 46
Photographs by Rafiq Ghazali

Pudu’s own inmate, Khong Yen Chee painted the murals surrounding the prison. The mural took a year to complete using 2000 litre’s of paint. San-serif font used on all signages and wayfinding in Pudu and serif fonts used on manually painted information graphics. The styles of the murals capture an era of dictatorship, the modernist design culture in the early 1980s.