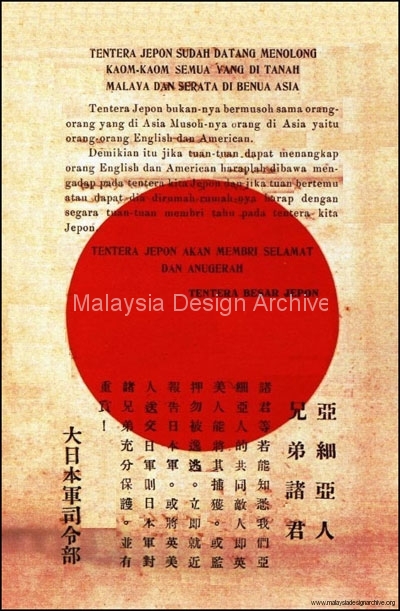 The leaflet above was dropped by the Japanese in both the Malay and Chinese languages. It addresses the Malayans as “brethren” and asks that they inform on the British and Americans, It offers rewards for worthwhile intelligence. Some of the text in Malaya and Japanese is:

The Japanese Army will not harm you and you will be paid a reward.