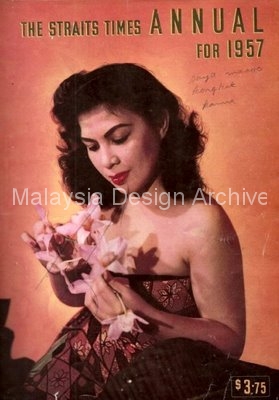 On the cover, Maria Menado, a datuk, an actress and dubbed as the most beautiful woman in Malaya by Times Magazine. She is significant in Malay film history as the first Malay female film producer.