These are Marshall Islands stick charts and they were made using the midrib of coconut fronds. The Marshall Islands are located in the Pacific Ocean within a region of islands known as Micronesia. Historically, the Malayo-Polynesian seafaring population from this part of the world used the stick chart as a kind of navigational device. But what the map visualises are not contours of land surface. Instead, the curving intersecting lines, supported by a skeletal framework, represent major ocean swells as well as how the location of islands, represented here with seashells, would change those wave patterns. 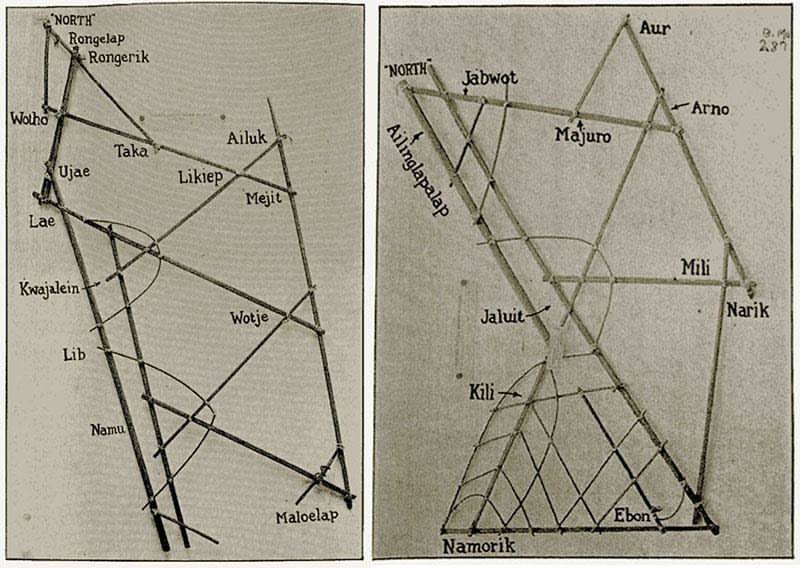 Unlike how we rely on our Google map or Waze while driving on the road today, the charts were not used or consulted during a voyage. Instead, the information was memorised before embarking on a journey by an expert sailor who was trained to sense how the outrigger canoe would roll over the swell. Kinda like how Google map was used, well, before the advent of smartphones. 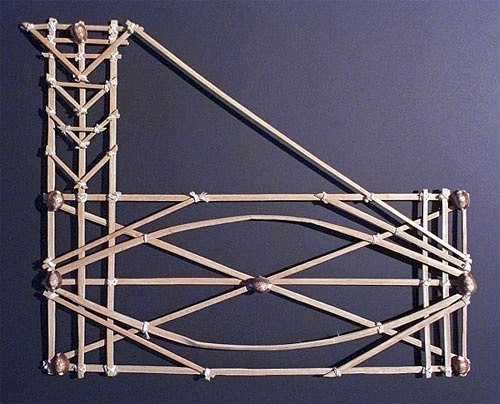 On a day when nationalistic banners are hoisted to celebrate territorial sovereignty, we may want to also remember that geography for the seafaring people in these parts of the world was once thought of and visualised differently. By just opening up one’s Google map, the difference is already apparent. The sea in the latter is represented by a wash of blue, wherein priority is given to nation-state boundaries, street names and built structures on land. 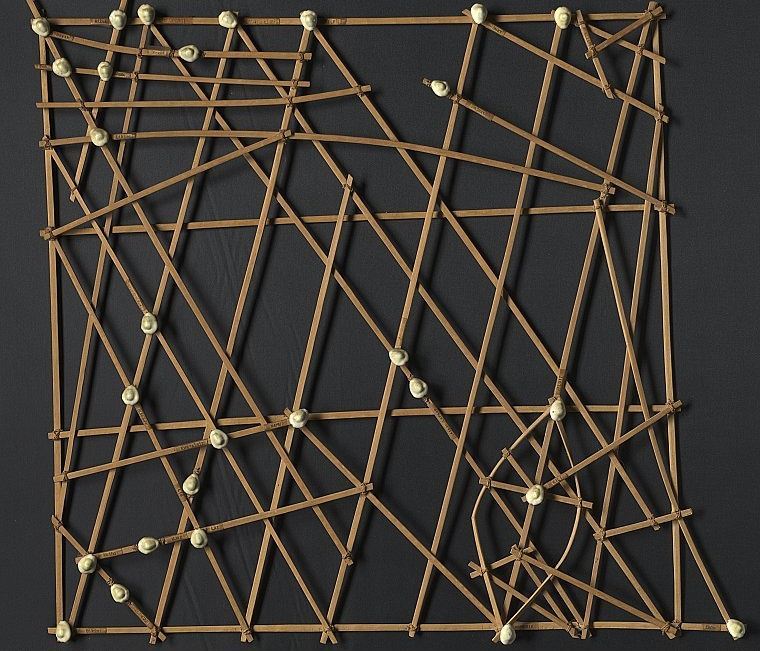 On the other hand, stick charts tell the story of movement and passage, rather than boundaries; journeys rather than territorial ownership. Not that these qualities represent the sum of all the parts of the Micronesian worldview, but they intimate that a different kind of geographical imagination was central to societies which saw the sea as a highway rather than a boundary marker. As a traditional form of cartographical knowledge, the stick chart was designed to respond to this experience of the world and embody its values.