Kelantanese culture was in many ways a closer reflection of Pattani customary forms and owed a great deal of its cultural expressions to century-long interactions with the Siamese Hindu-Buddhist mandala polity than say the rest of the Malay world. British colonial scholars the likes of Hugh Clifford and subsequent national cultural historians such as the first National Museum’s director Mubin Sheppard were left in a bit of double-bind on how to locate Kelantan in the Alam Melayu. On the one hand, Kelantan was seen as this inscrutable foreign land that possessed a unique cultual heritage, unlike any other Malay cultures they were familiar with. At the same time, they also located, especially in the writings of Clifford in the early 20th century, a sense of authenticity in Kelantan’s ‘Malay culture’ that has since been lost to British intervention into the local economy of the Semenanjung. 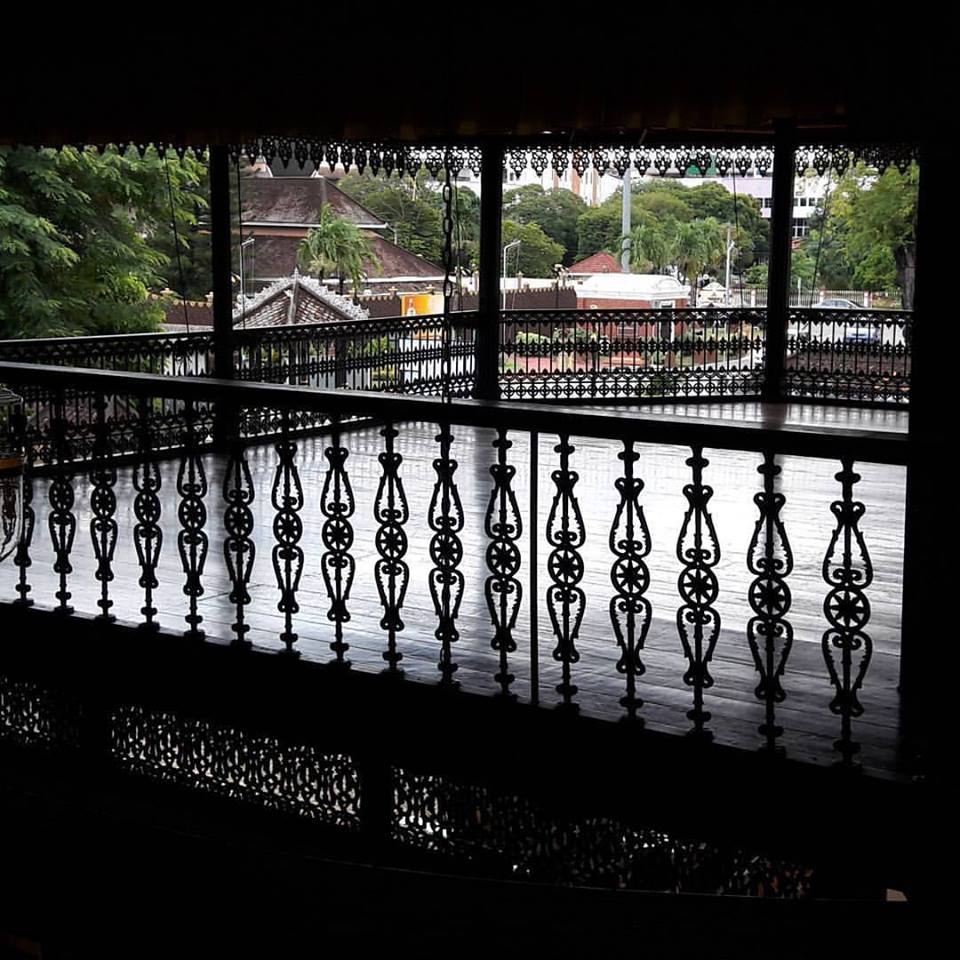 This anxiety persisted in subsequent nation-building narratives that tried to locate Kelantan within the Alam Melayu, or ‘Malay’ cultural sphere. But a close examination of the Istana Jahar tells us a different story altogether. Completed around 1887 and later used as Royal Residence, this image of the balcony above the coach porch shows us the adoption of a hybrid visual vocabulary that reflected its 19th-century cosmopolitan ambition. The import of pre-cast wrought iron railing could be seen here to blend in with the ornamented papan tumpu (wood paneled eaves) and the carved wooden vent panels that decorated the ground floor. These ornamentations orchestrate an interplay of light and shadow that filters into the interior of the building.

Here traditional craft and industrial import reflect an ‘enlightenment’ cultural programme that had mestizaje as its underlying aesthetic principle. If we take German art historian Alois Reigl’s concept of kunstwollen to mean a historically contingent tendency of a particular age or nation that compels its aesthetic sensibility, perhaps Kelantan in the 19th century was already coming to terms with a modern self that until today is largely unacknowledged by many who still view its cultural forms and spaces as a relic of Malay authenticity.