The underlying principle of swaraj (self-rule) that crystallised in India’s independence from the British in 1947 was that of swadeshi, a movement to boycott British goods and support local goods. Along this came the desire for economic self reliance and it would seem that design played a significant role in shaping its new modern visual vocabulary. 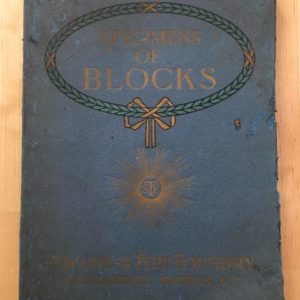 This book was generously donated by photographer Kenny Loh to our archive, previously belonging to a Tamil company in Singapore. It spoke of a desire to become an ‘Encyclopedia of Indian Pictorial’ with the hope nationalism would inspire among the population the need for ‘her own method of dealing with her industries and everything else’. 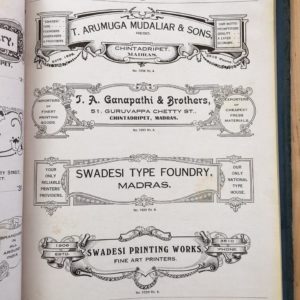 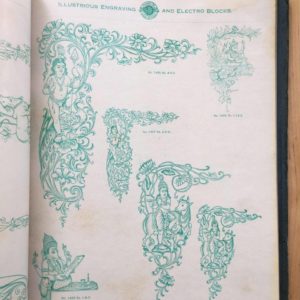 Malaysia as a nation would not follow this path until later in the 1980s where renewed nativist impulses of the 1970s converged with decades old anti-yellow movement of the Chinese communities and the swadeshi ideals instilled amongst the Indian communities, to oust the former Alliance Party political elites who were extremely friendly to British business interest. The first Prime Minister Tunku Abdul Rahman was in many ways a political stooge that allowed the British to maintain huge amount of business ownership of Malaysia. That was the cost of a peaceful independence, which many argued was no independence at all. 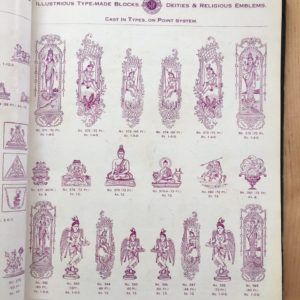 Perhaps if we were to write about rise of a kind of design industry in Malaysia, our flashpoint might not be the trite narrative of who started the first design firm/agency. Instead we could ask if the dawn raid of the Guthrie Plantation at the London Stock Exchange on 1981, wrested foreign ownership of a major landowning British company into Malaysian hands, and how the incident sparked the creative imagination of a new generation of Malaysian who were beginning to claim economic ownership of their country and thereby finally able to chart its own course despite having attained decades of political independence?