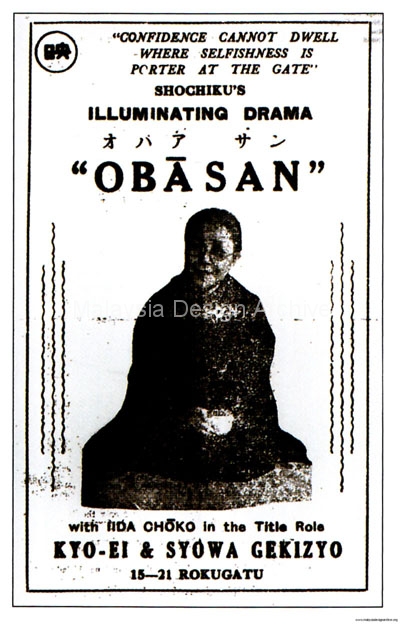 Ad for Obasan at the Alhambra Theatre, Singapore.  Movie industry collapsed during this period. Japanese forbid the screening of western movies (an effort to abolished all western influences) and allow only the screenings of Japanese movies and some malay movies. Japanese screened mostly documentaries and propaganda films to encourage the locals to adopt the Japanese culture & morals of a samurai.