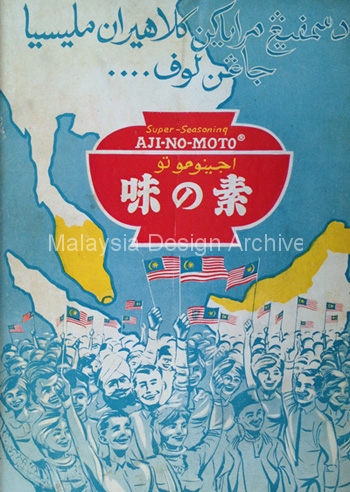 This multilingual advertisement for AJINOMOTO depicts a map of a newly formed Malaysia as the backdrop, symbolising the common patriotism that grounds this sense of togetherness. The Jalur Gemilang was updated with 14 stripes and a 14 point star on 16 September 1963.