Issued by the Japanese during their occupation of Malaya between 1942 and 1944. The front of this rare note features a tree bearing fruit, with the obverse featuring a depiction of a ship on the horizon.

Banana money is an informal term given to a type of currency issued by Imperial Japan during the Japanese occupation of Singapore, Malaya, North Borneo and Sarawak and Brunei, and was named as such because of the motifs of banana trees on 10 dollar banknotes. 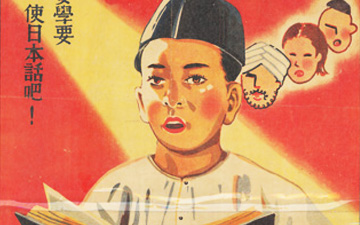 1940s poster in Chinese and Malay to persuade fellow Malayans to adopt the Japanese culture.

To commemorate the birth of greater Japan. A series

Featuring a Malay boy as the subject matter on

A postcard painted by Kawabata Ryushi with a title

This site uses Akismet to reduce spam. Learn how your comment data is processed.