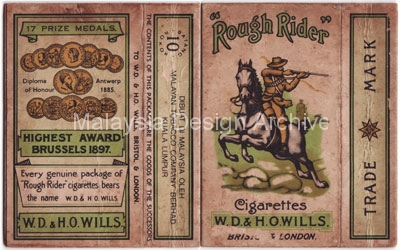 History of Rough Rider
The 1st U.S. Volunteer Cavalry, known as the “Rough Riders,” recruited by Theodore Roosevelt and largely composed of cowboys, miners, law-enforcement officials, and college athletes, achieved worldwide acclaim following America’s invasion of Cuba. The unit participated in the Battle of Santiago, during which it charged across a valley to assist in the seizure of San Juan Ridge (the highest point of which is San Juan Hill). The imagery of the Rough Riders was used extensively during Roosevelt’s subsequent vice-presidential and presidential campaigns. 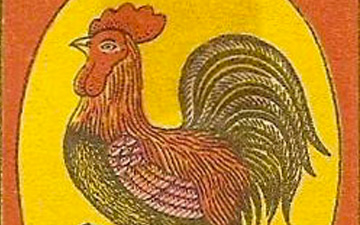 Poster: Bright Future as a ...

1950s poster in Chinese persuading citizens to join the

Merry Christmas from the 1952 Police Force of Malaya.